The premise of the exercise was that two oil tankers collided near Naissaar, a small island northwest of Tallinn, and spilled about 200 tons of oil into the sea. According to the exercise scenario some of the spilled oil managed to reach the coast and units of the Rescue Board were tasked with the clean-up.

Milrem Robotics’ Multiscope Rescue unmanned ground vehicle was tasked with transporting a hydraulic station used in the clean-up process for pumping the oil from the coast. Due to difficult terrain and the 500 kg weight of the station, the rescue units feared other vehicles would get stuck and hinder the clean-up operation. Hence the tracked Multiscope Rescue with low ground pressure was selected.

The operation started with reconfiguring the UGV from a remote firefighter to a transportation unit by replacing the modular water and foam monitor Hydra by InnoVfoam with the hydraulic station currently needed. The Multiscope Rescue can carry a payload up to a 1200 kg and can quickly be equipped with situation specific payloads. After the clean-up operation the Hydra from InnoVfoam was reintegrated.

The BALEX DELTA exercises have been held every year since 1989 to check and improve the operational capacity and skills of the Baltic Sea countries to respond to maritime incidents affecting the waters of HELCOM countries. The 2020 edition of the exercise is coordinated by the Estonian Police and Border Guard. The exercise is Estonia’s third, with previous ones held in 1997 and 2007. 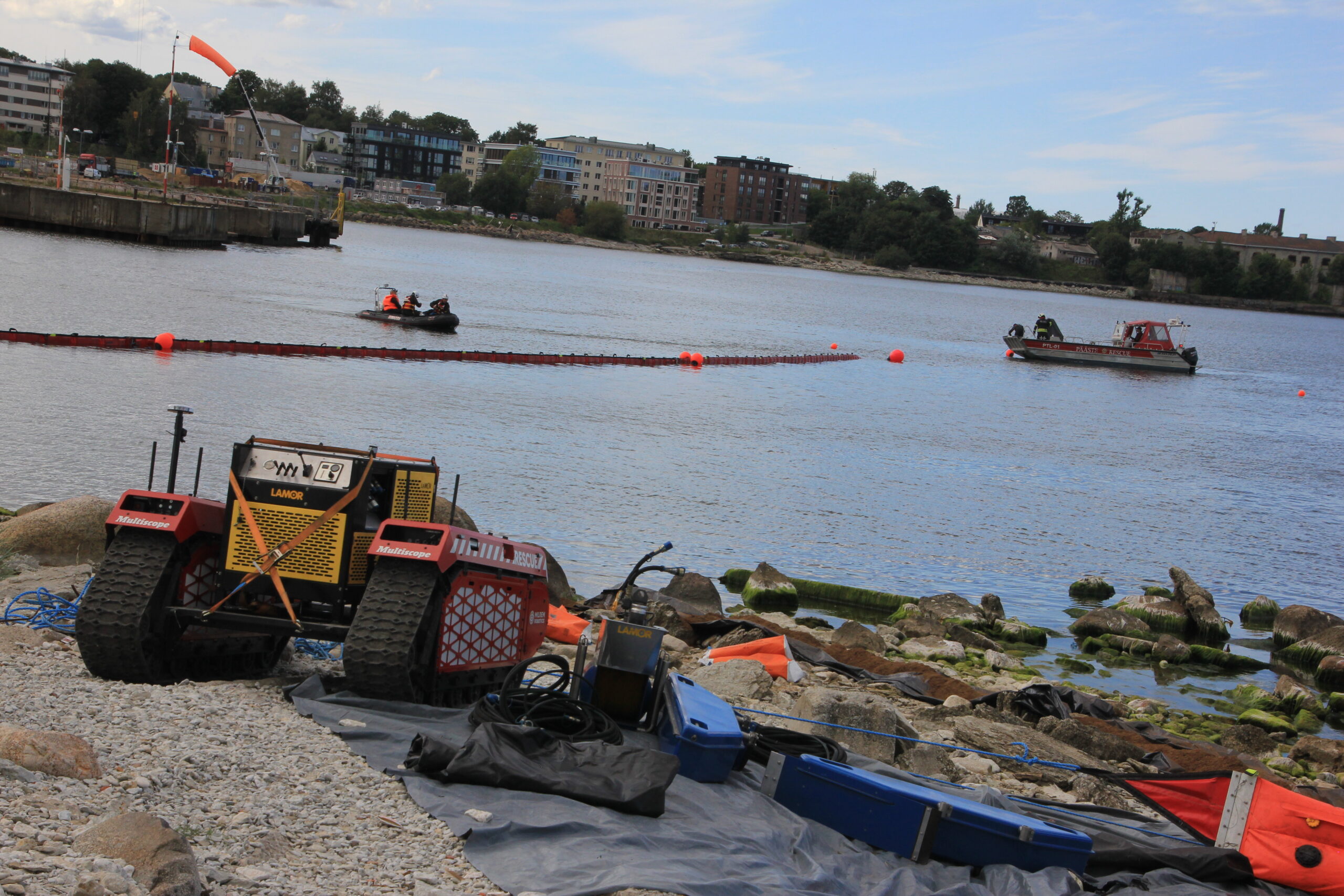 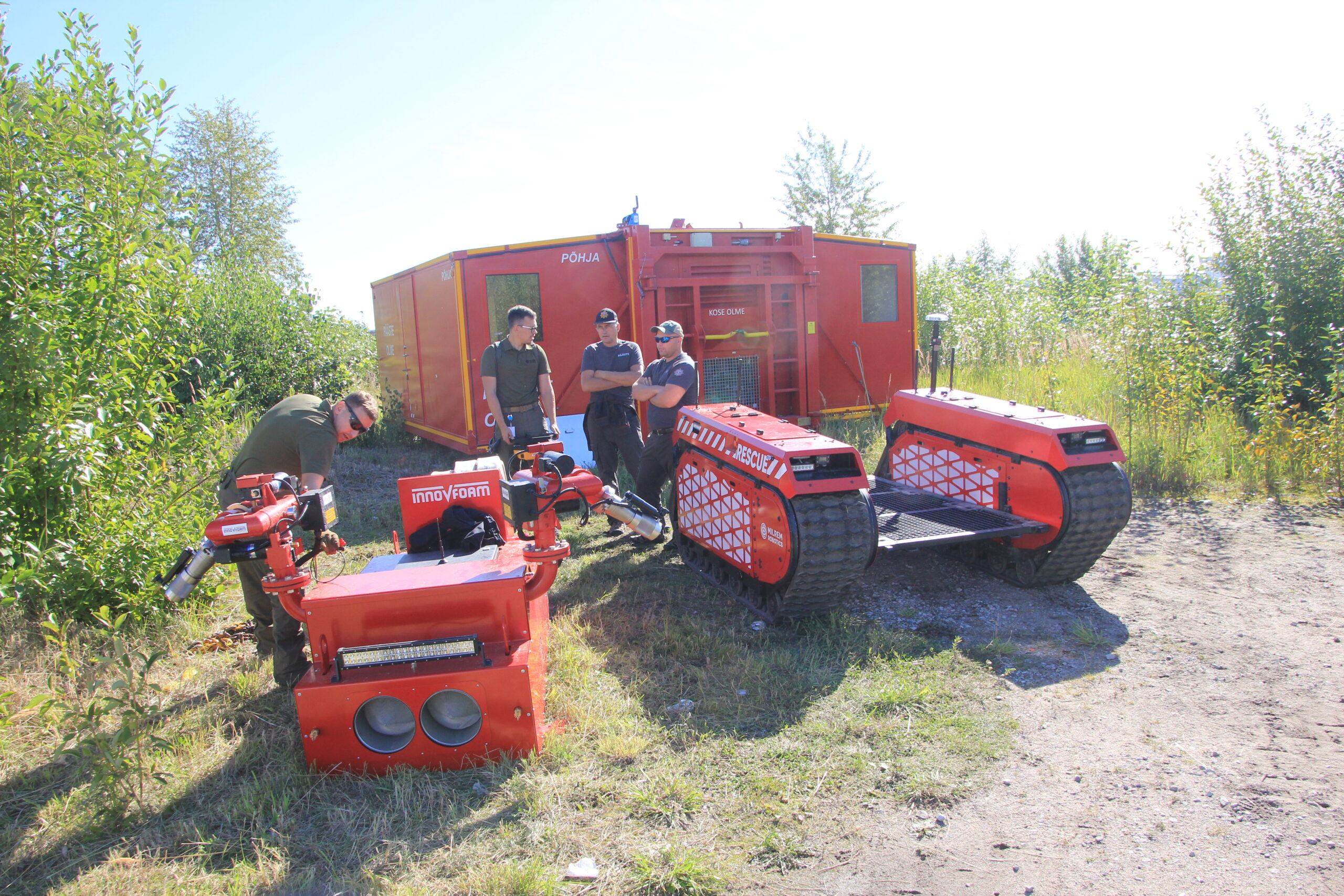 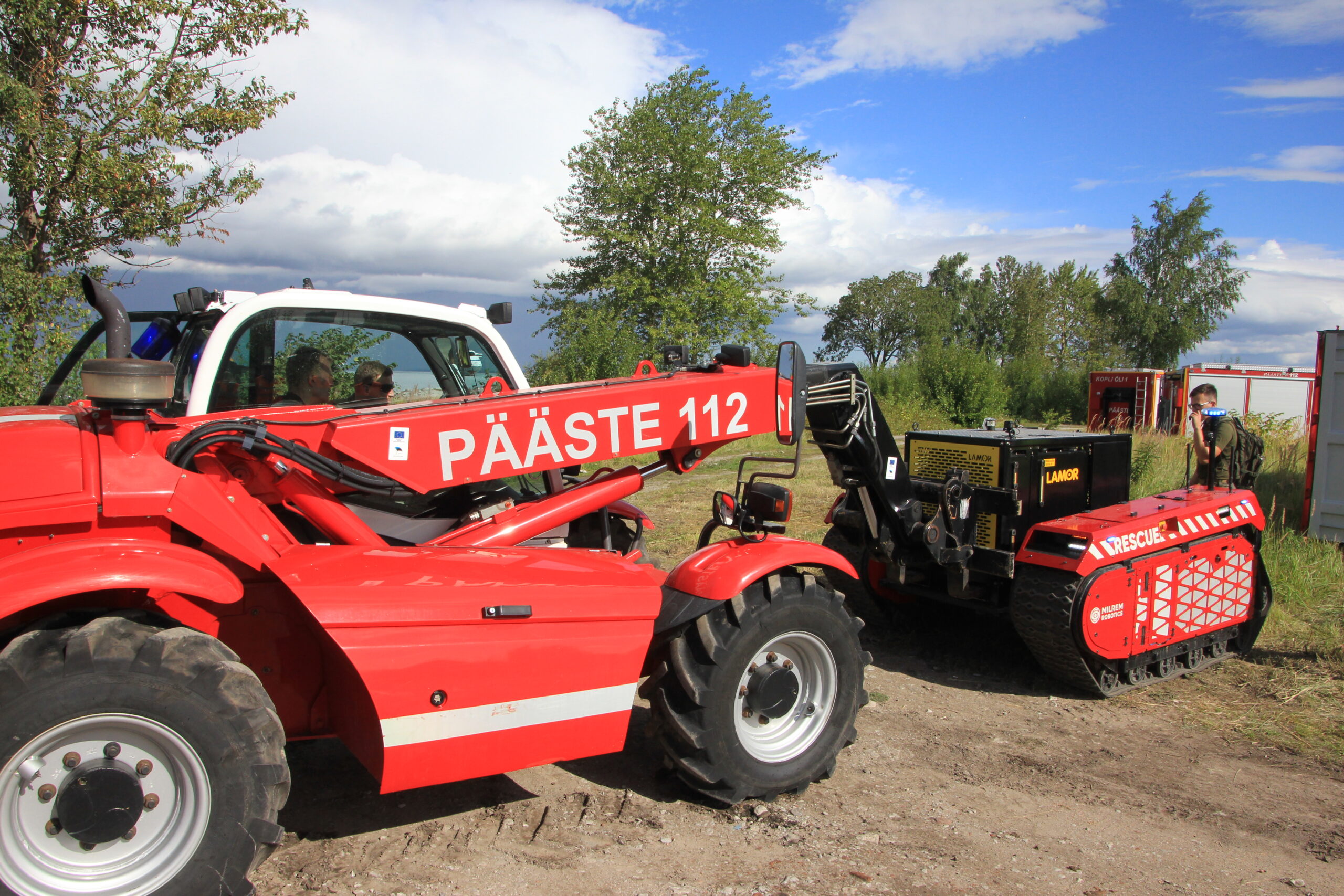 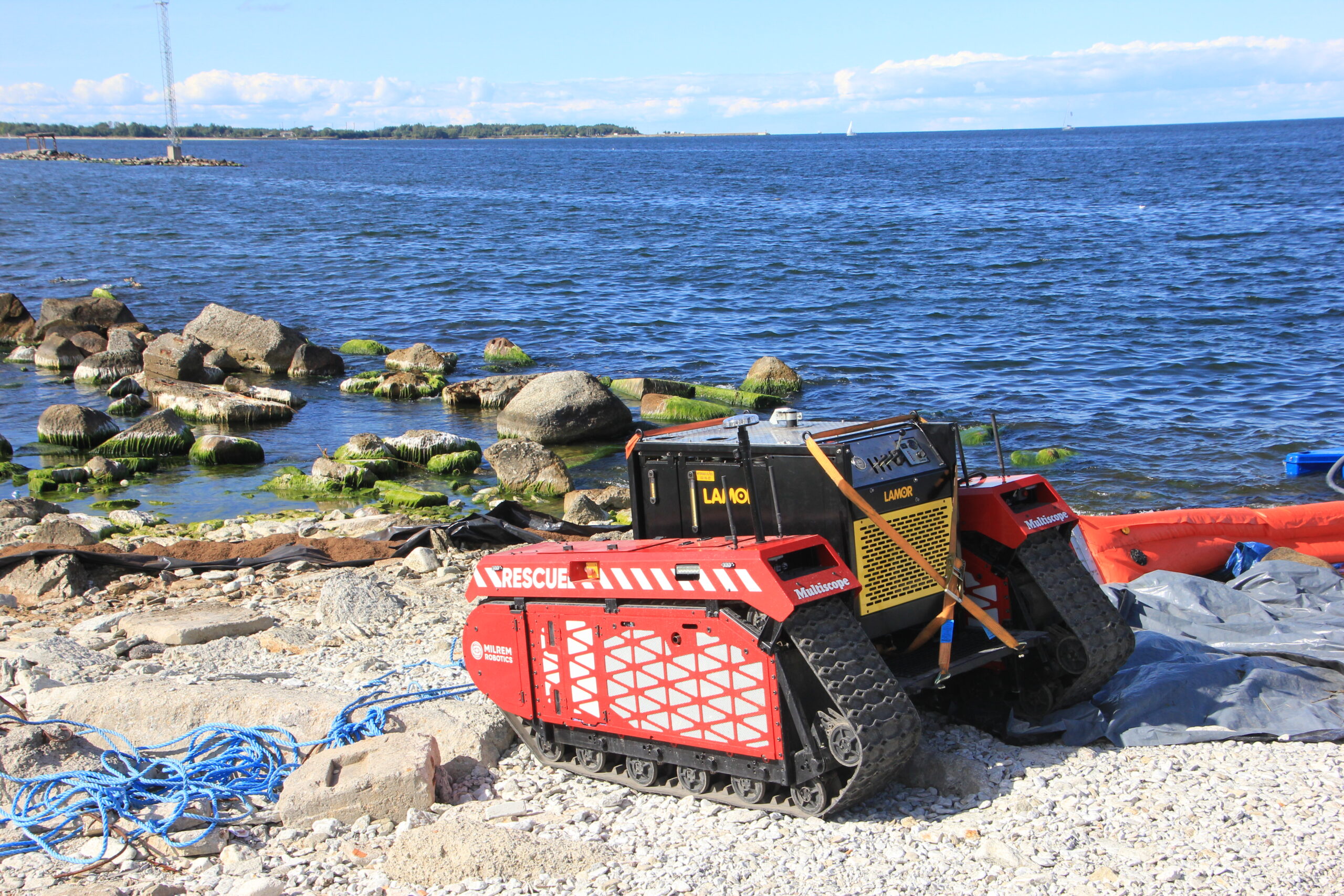 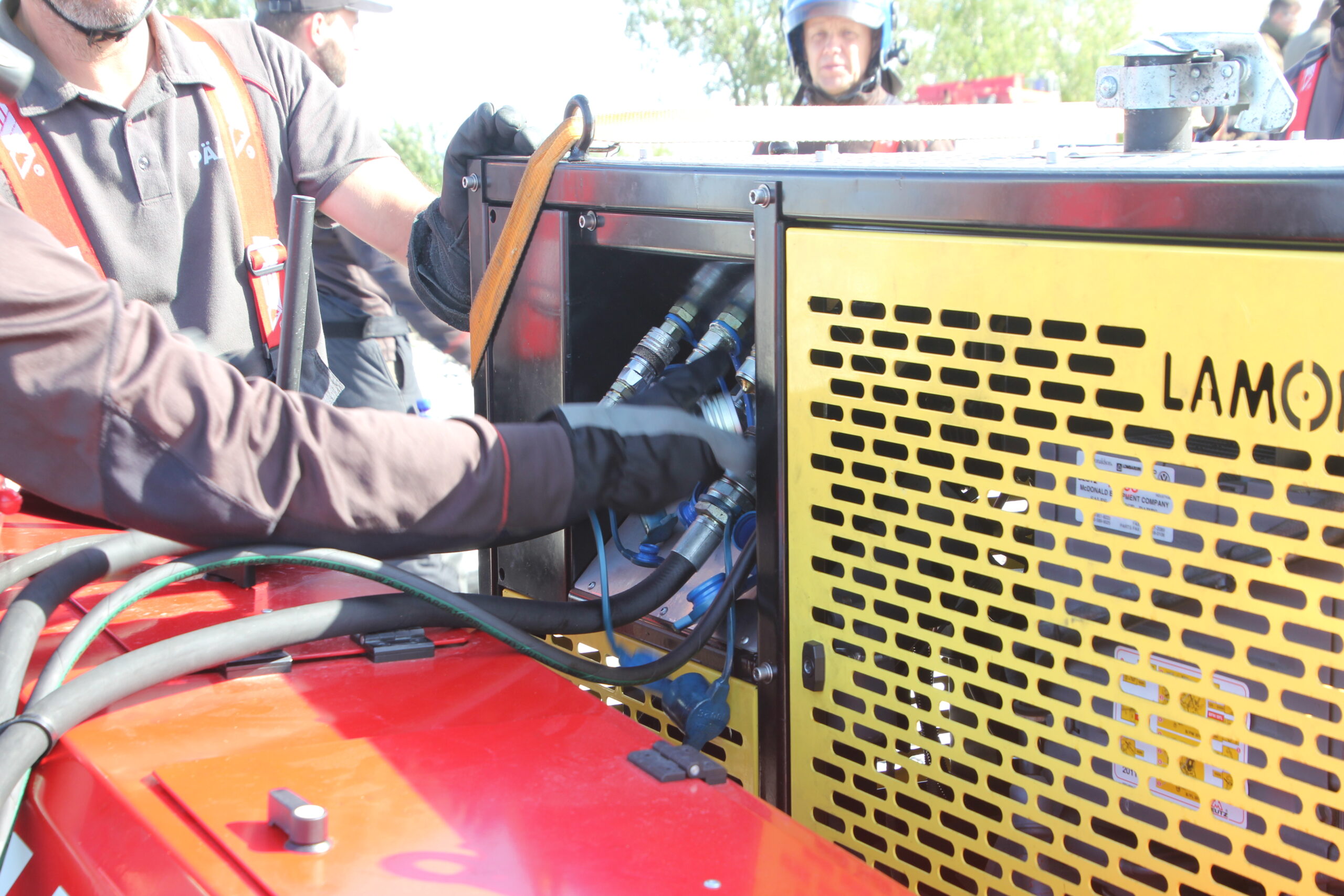