During the project, a modular and scalable architecture for hybrid manned-unmanned systems will be developed to standardize a European wide ecosystem for aerial and ground platforms, command, control and communication equipment, sensors, payloads, and algorithms. The prototype system will utilize an existing unmanned ground vehicle – Milrem Robotics’ THeMIS – and a specific list of payloads.

The outcome of the project will be demonstrated in operational environments and relevant climatic conditions as part of participating member states military exercises or at separate testing grounds.

The total cost of the project, titled iMUGS (integrated Modular Unmanned Ground System), is 32,6 million euros of which 30,6 million will be provided by the European Commission.

“Robotic and autonomous systems will tremendously enhance defence and military capabilities in the coming years all around the world. iMUGS is an excellent example of how Europe can utilize and develop high-end technologies as a joint effort while avoiding scattering activities and resources,” said Kuldar Väärsi, CEO of Milrem Robotics.

The project is led by Estonia and its technical requirements have also been agreed with Finland, Latvia, Germany, Belgium, France, and Spain who are planning on financing the remaining 2 MEUR of the projects budget.

During the project operational know-how will be gathered and concepts for the combined engagement of manned and unmanned assets developed, while considering the ethical aspects applicable to robotics, artificial intelligence, and autonomous systems. State-of-the-art virtual and constructive simulation environments will also be set up.

The objectives of the EDIDP programme are to contribute to the strategic autonomy of the European Union and to strengthen the cooperation between Member States. The priorities include enabling high-end operations of military forces with special focus on intelligence and secured communications and cyber. Actions include development of next generation ground combat capabilities and solutions in Artificial Intelligence, Virtual Reality and Cyber technologies. 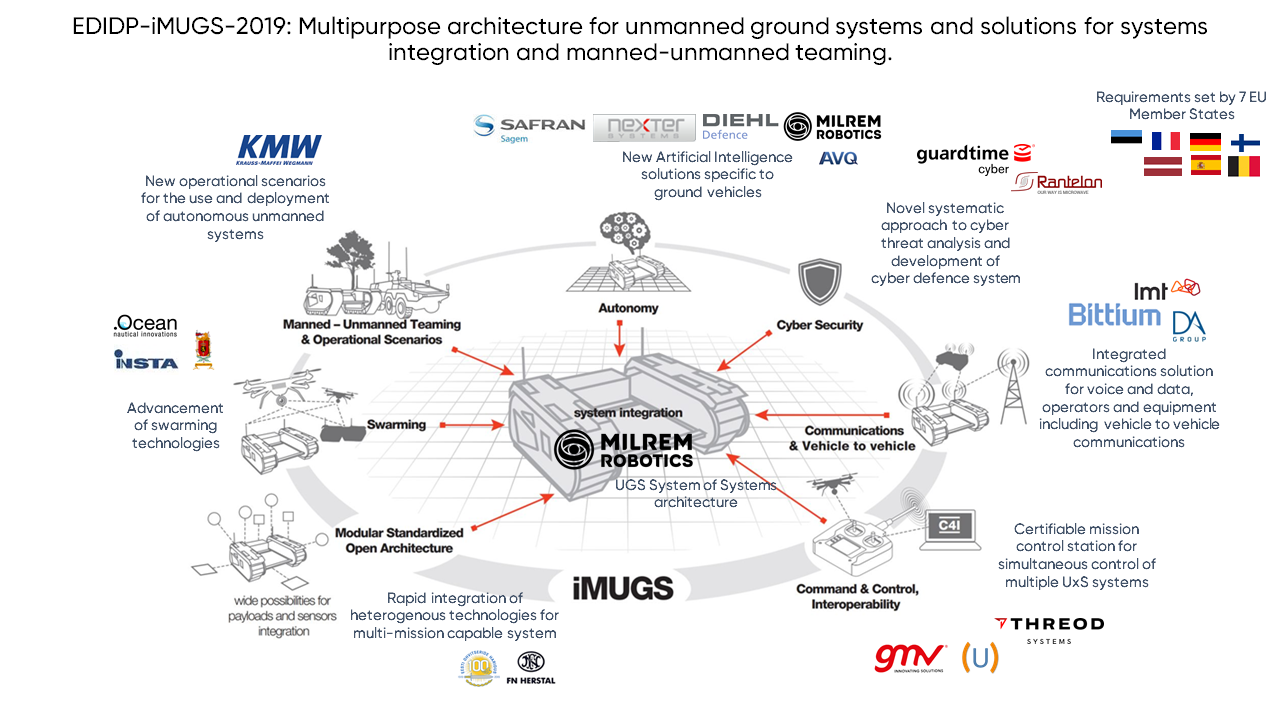